You are here: Home / Alexandria / We found a Puppy, and named him King James [Photos & Video]

So here we are, just minding our own business and BAM. This little guy wanders into our yard. We sat out in front of our house for about an hour with him on a leash, and waited for someone to come by looking for him. We waited. We watched cars go by. We stopped passers by asking if they’d ever seen him before. And nothing. No one knew where this little guy came from and we surely weren’t going to let him roam around the streets to get hit by a car. He seemed so sweet and wonderful… happy to be sitting down and relaxing finally.

Two of our very wonderful friends, Nicole & Vince, are dog lovers who have two delicious Beagles named Charlie & Jasmine, and are fostering a cute little puppy named Daisy. With three dogs already living with them, they couldn’t take him to their house – so Nicole ran to retrieve some essentials so we could take care of him temporarily. This little boy got a bath, a name, and MAYBE just maybe a new home… We asked Alexandria what she wanted to name him and her response? “King James!” 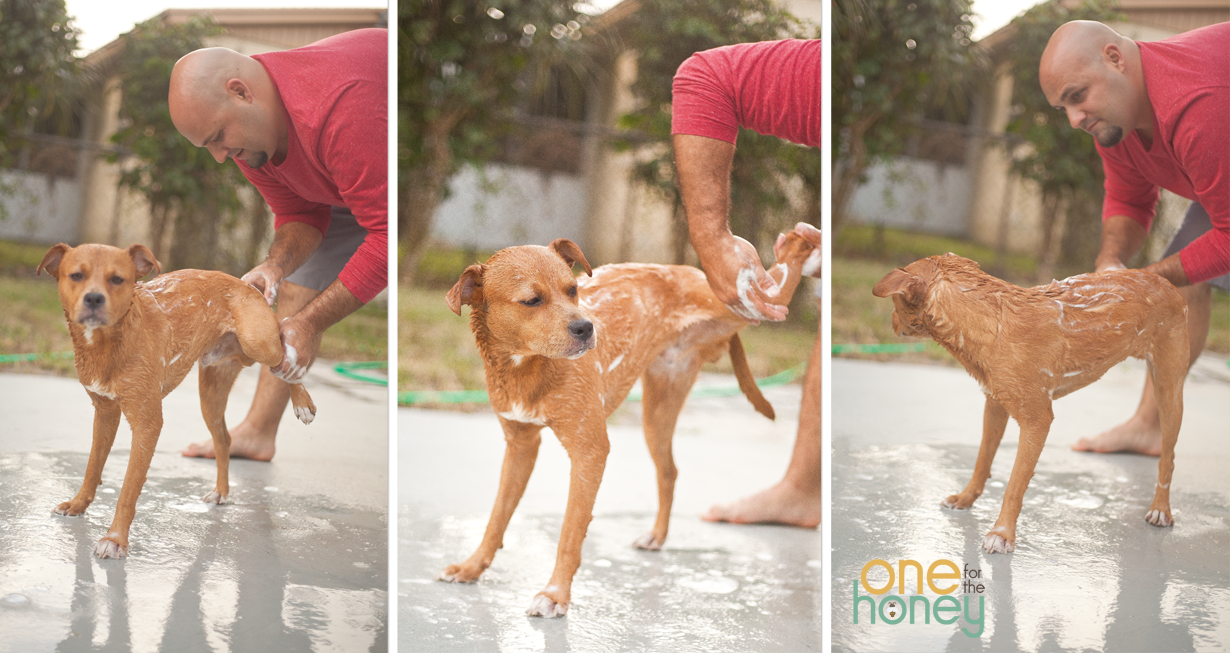 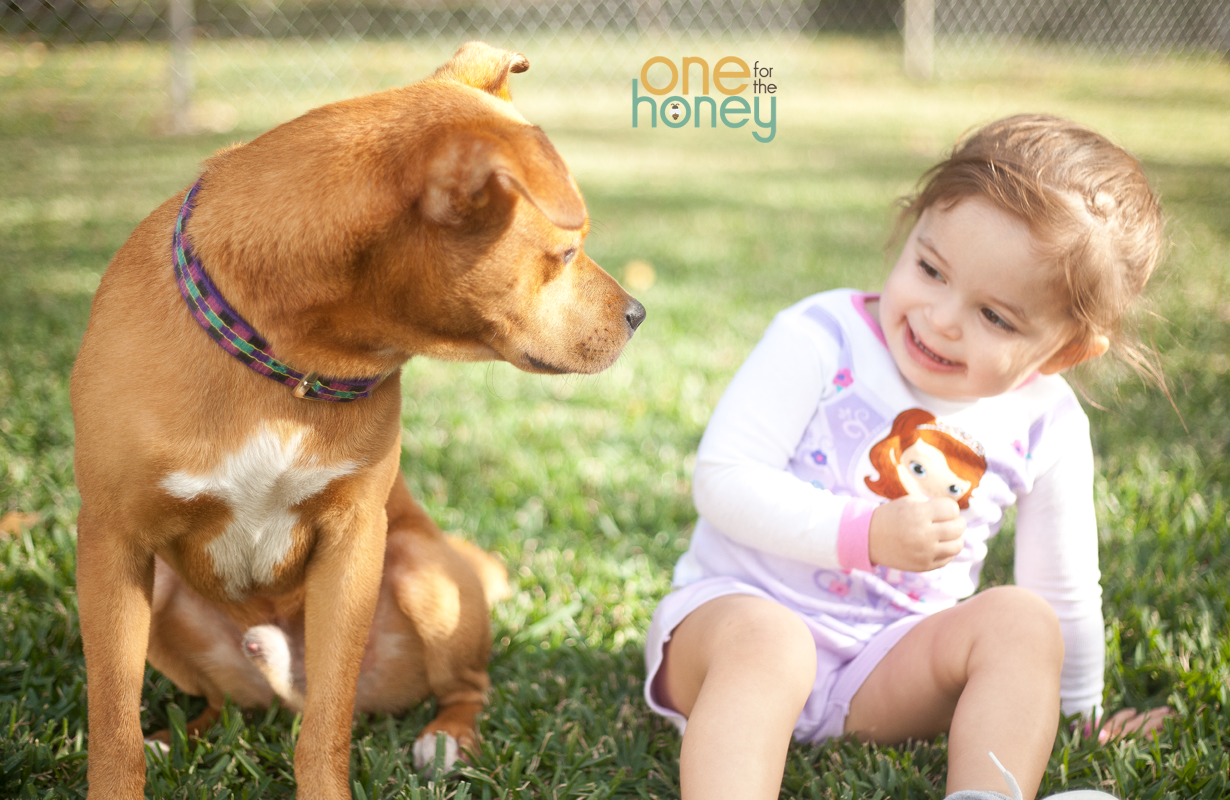 He was great the whole time, running around, playing, hopping joyfully – but limping on his front right paw every now and then.

Around 8pm last night Javy and I took him on a little walk in the direction that he came from, north of our house. After about 20 minutes of wandering, and no one having any idea where he came from, we turned around to head home. Content with the cool weather and happy about a Miami Heat win, which was even more appropriate considering this little pup’s new name. However, a few minutes later, King James started whining, whimpering and licking his paw. He let us investigate and to our surprise we found a little bloody paw and what looked like a little gash.

Poor guy was in so much pain. I rubbed his head and he let me take a little better look at it. We got some Neosporin and was able to rub it into his paw carefully. I also had some nonstick gauze from the one time my genius 1 year old thought it would be a good idea to grab a hot light bulb… so I taped that to his paw to try to keep as much Neosporin on there as possible. He whimpered and moaned for about 15 minutes while I rubbed his head… until he fell asleep in our floor.

This is a cell phone photo I took of him last night as we were goin to sleep… him and his candy cane antibacterial ointment paw!

This morning he woke up a pretty happy puppy… and we took him to the Vet to get his paw checked out. Turns out, his cut wasn’t as bad as we thought it would be, but he still needed a few shots to bring down the swelling. When we got home, he was exhausted and seemed like he was finally feeling better.  Alexandria, however, wasn’t interested in letting him relax and these few photos are just a few of the cute moments these two have created in the last 12 hours. 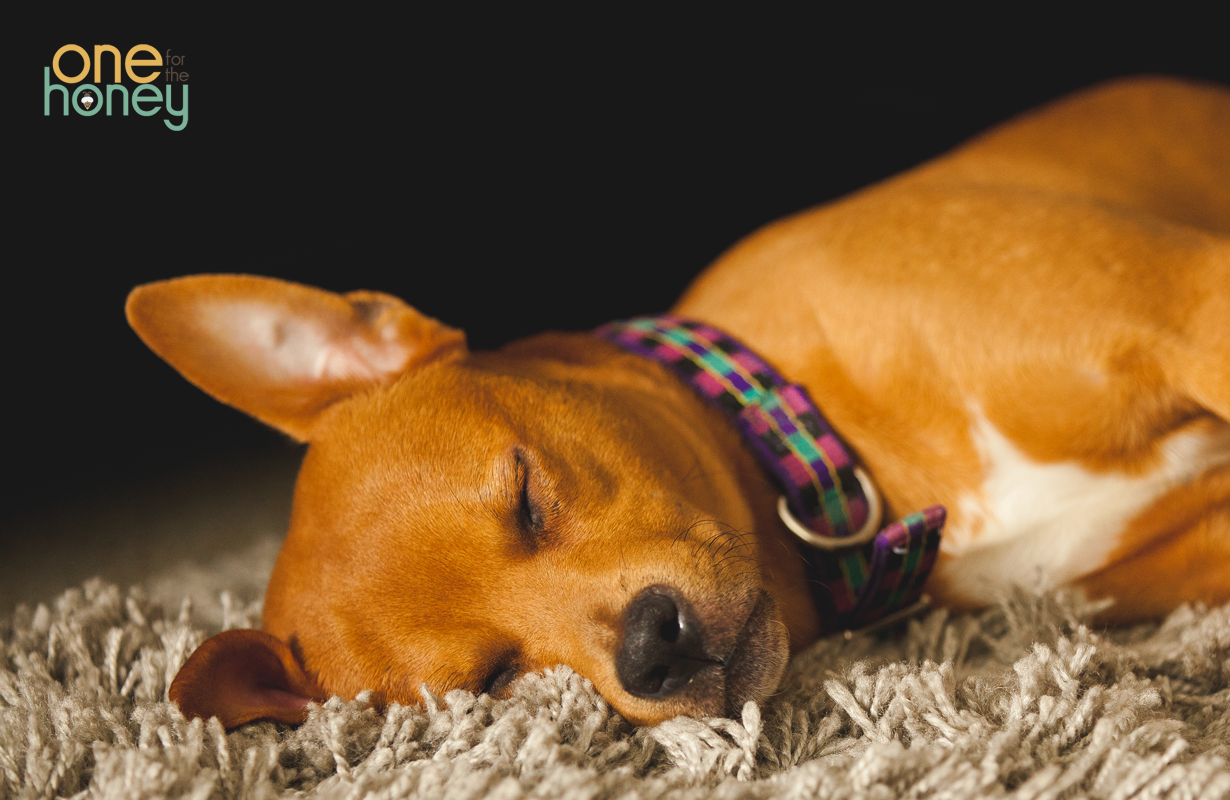 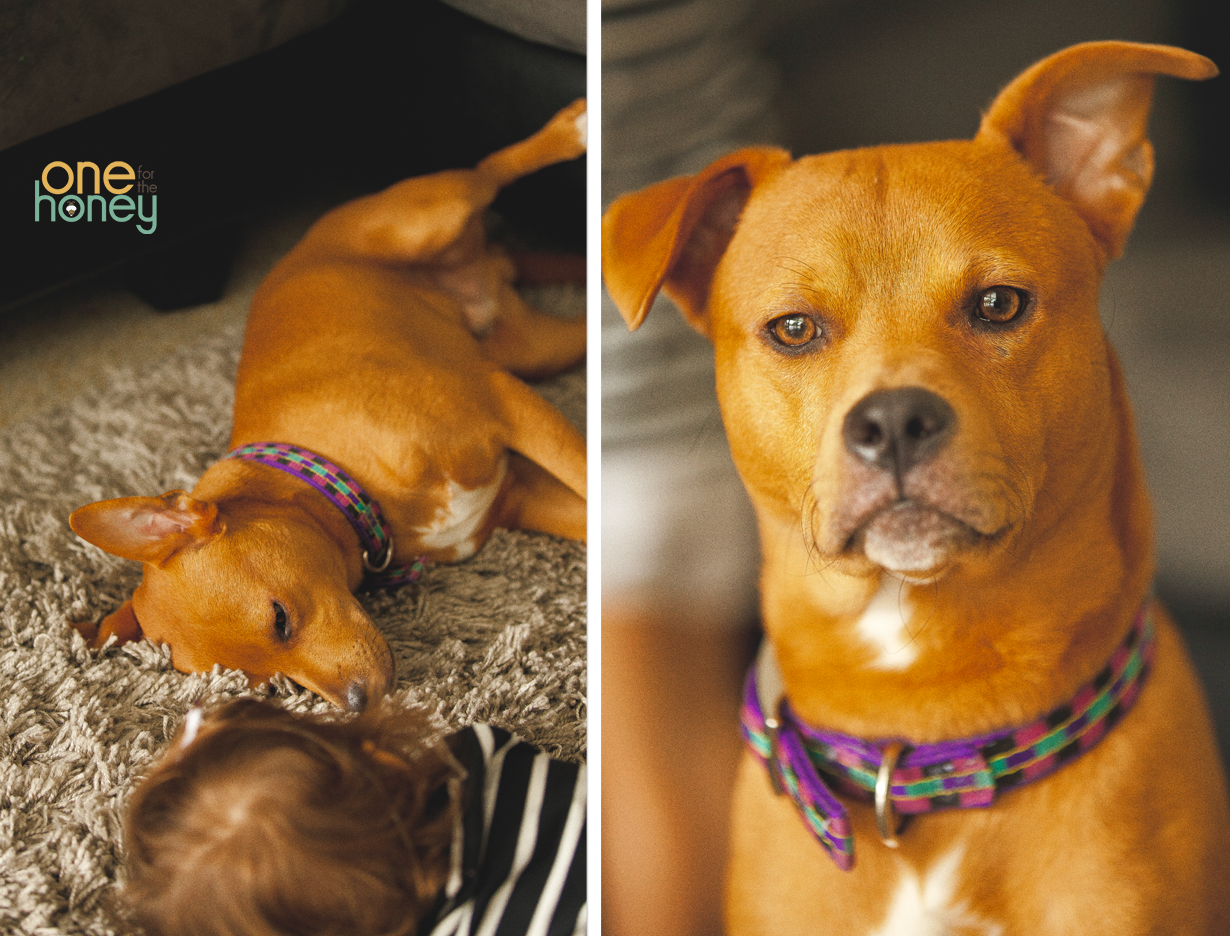 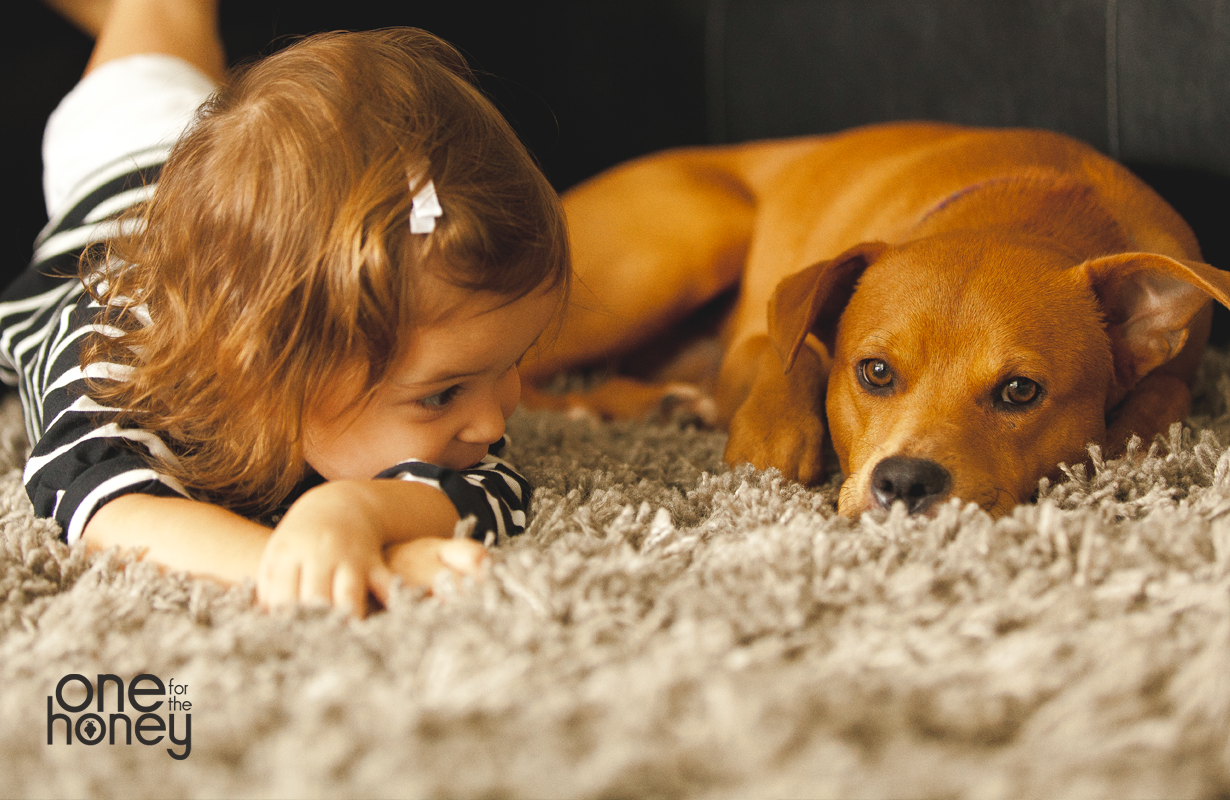 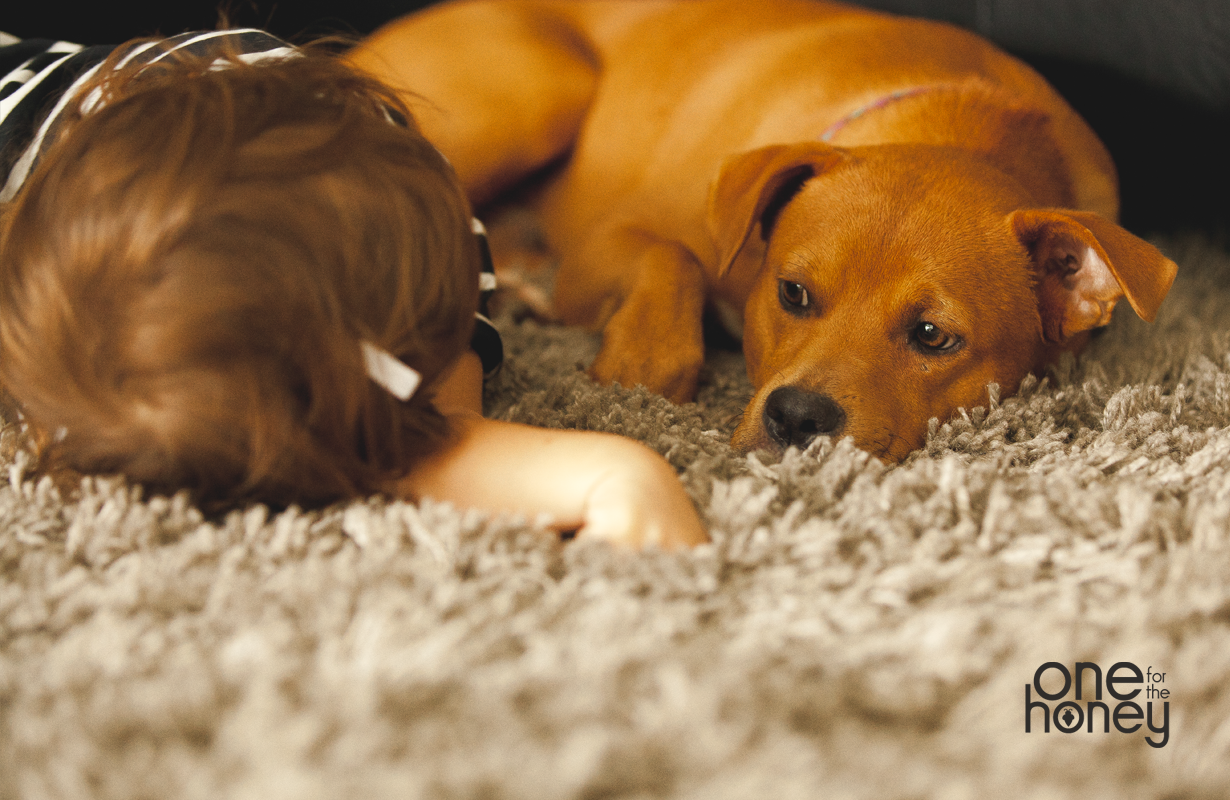 Alex has grown quite fond of him… and really tries to take care of him. When she saw his cut paw, she was sad about is “yai yah” – what we call “boo boos”. And when we took him to the Vet today, she asked him to “Make him feel better please!” When I told her that his tummy hurt, and he couldn’t eat, she insisted on feeding him one “papa” by one “papa”. Below is the adorableness that ensued.

I snapped a few shots of his little paw, because I was ASTONISHED at how much the swelling had gone down, and how much good a little neosporin can do for a cut… It’s still a little red and he licks it from time to time, but nowhere near as much as he did before. 🙂 And for that, I am grateful.

Not for anything, but this little guy is a Christmas Miracle. I’m really surprised that he WASN’T hit by a car. He wasn’t starving or anything when we found him so he definitely hasn’t been a street dog for weeks – but the way his paw looked he definitely had been roaming the streets for a couple days at least. We live in a really high traffic area, so for him to have been wandering for a few days and NOT gotten hit by a car is amazing.

As much as I really have grown to love this puppy in about 18 short hours, I’m keeping a realistic expectation about what’s going to happen with him. But if we DON’T find him rightful owners, we may or may not have a new member of the Family?

UPDATE: King James’ family saw our Lost Dog flyers… and called and picked up him. 🙁 We were so so so so so sad to see him go, but Alexandria totally understood that King James missed his Mommy and was happy to go home. 🙂