I think we all get a little nostalgic about our childhoods – especially us thirty somethings who grew up in the 90s and are seeing all our ‘stuff’ come back. Chokers were recently a thing again, Word on the street is that Rocko’s Modern Life is coming back, and Lisa Frank has re-emerged with a vengeance.

When I found this “Raised like a 90s kid” Tee at The Sweet Bee Company I knew it had to be ours. Paired with these Lisa Frank leggings, and her Razr scooter – I think we’re killin it with the 90s vibes. 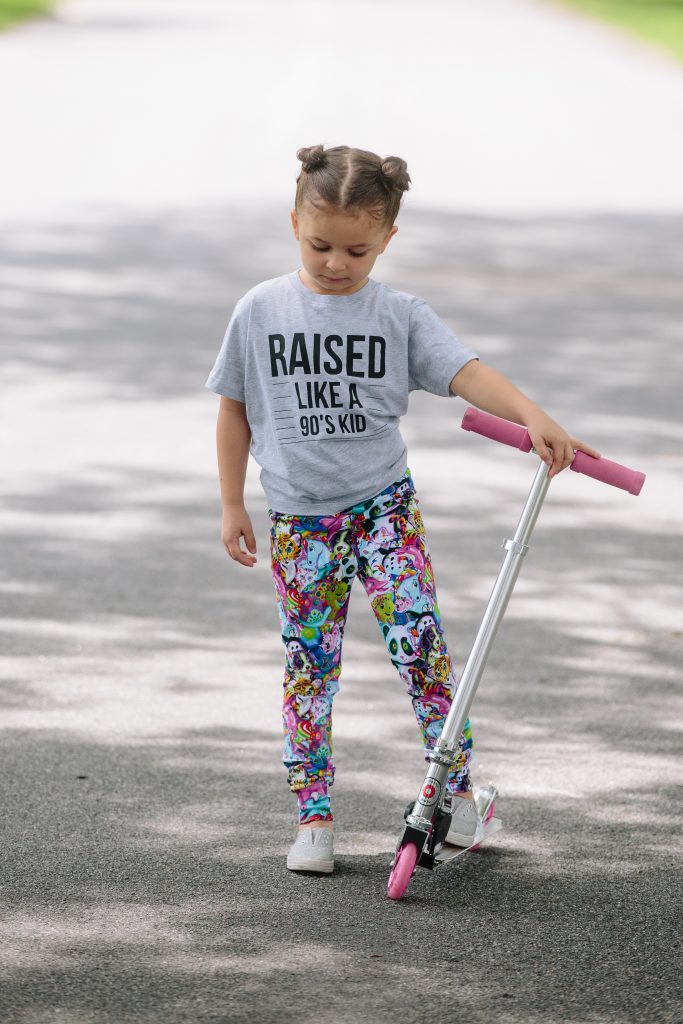 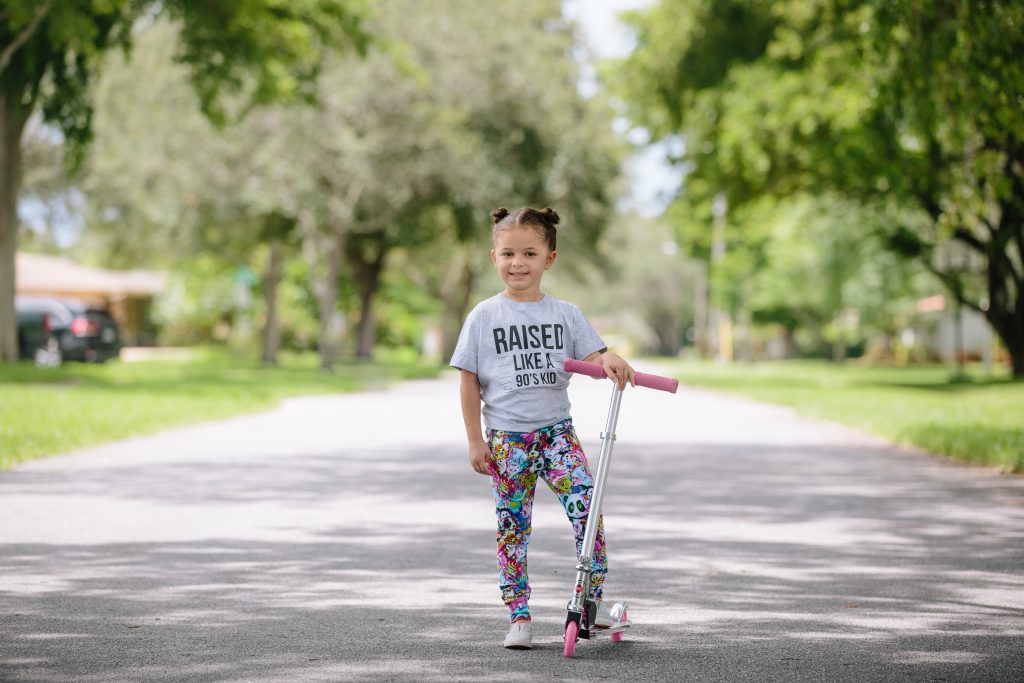 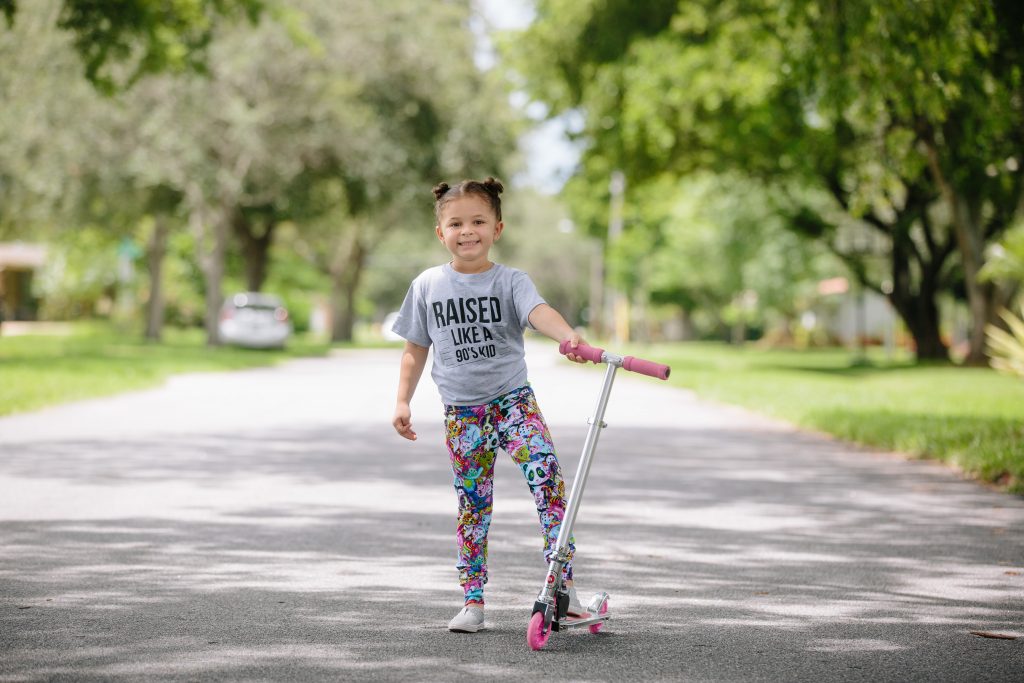 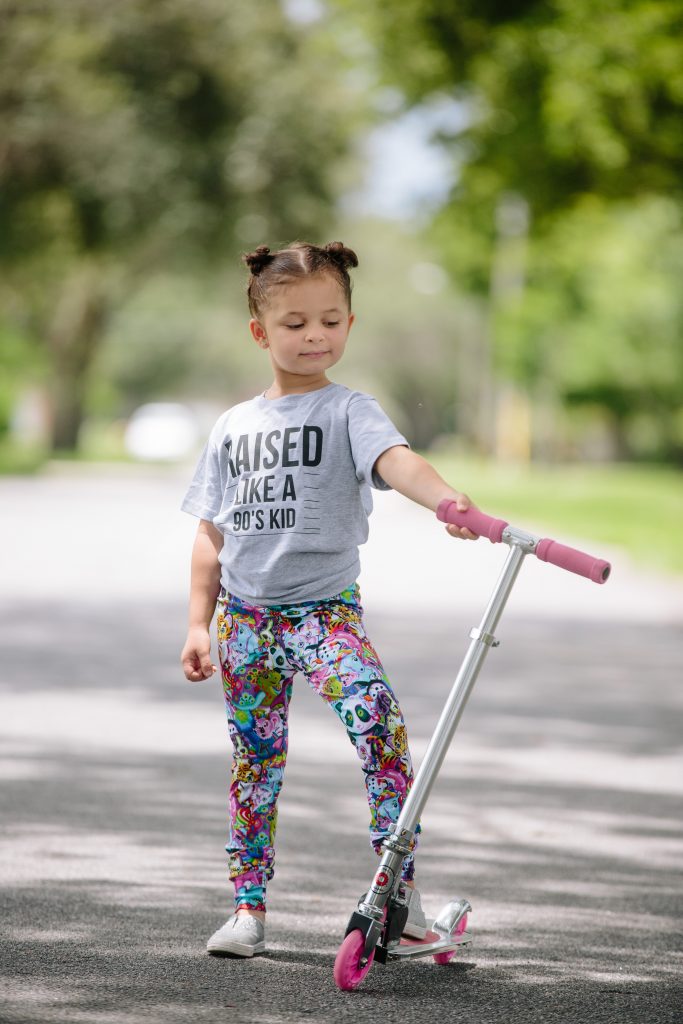 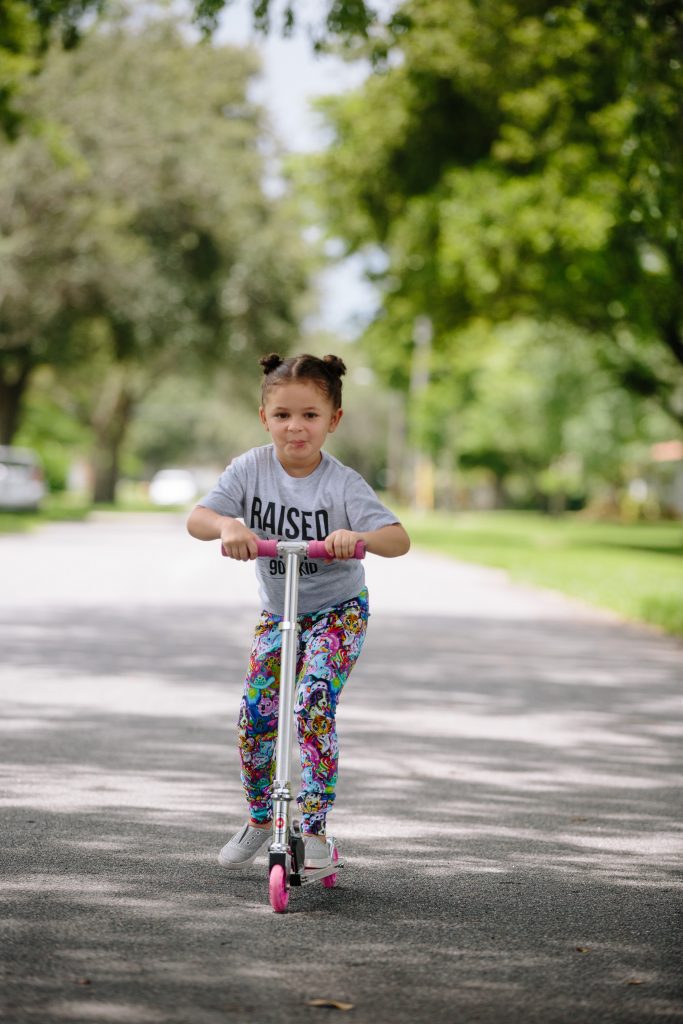 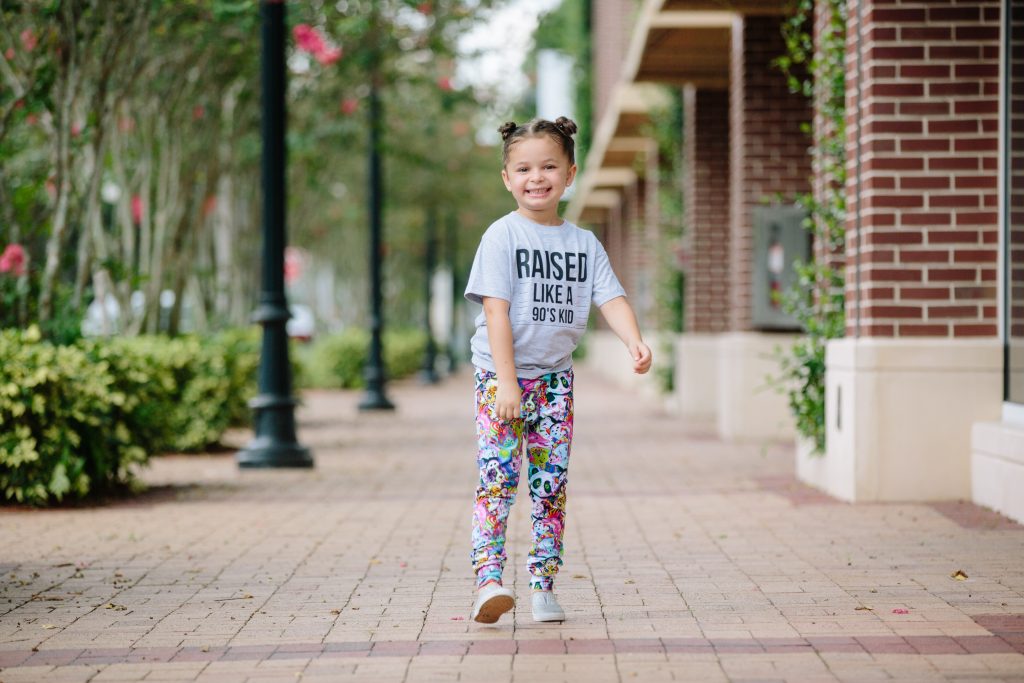 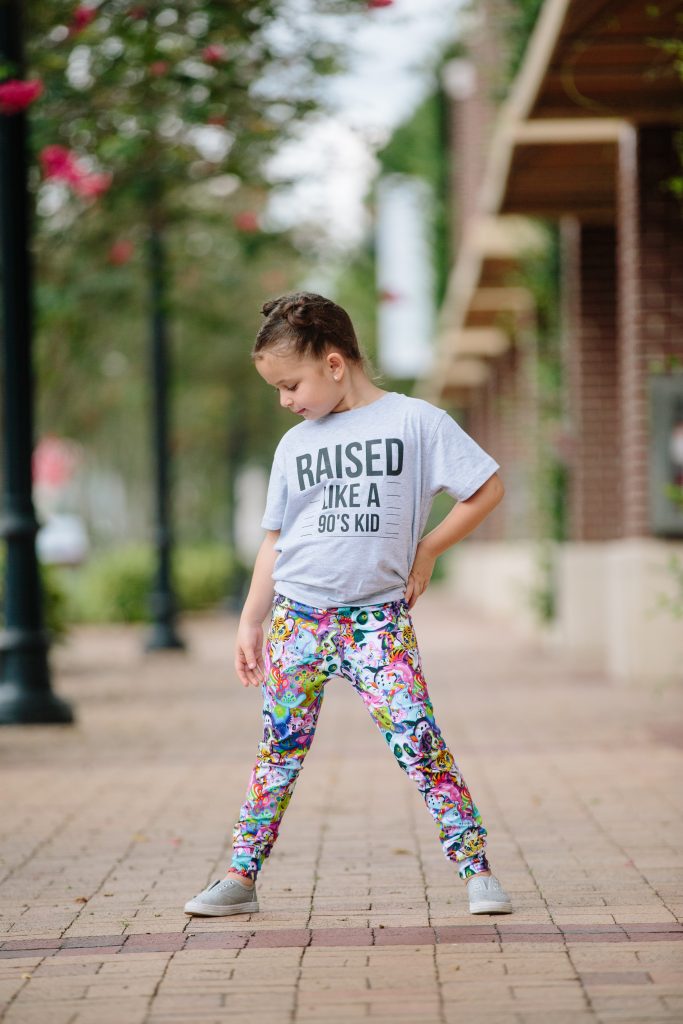 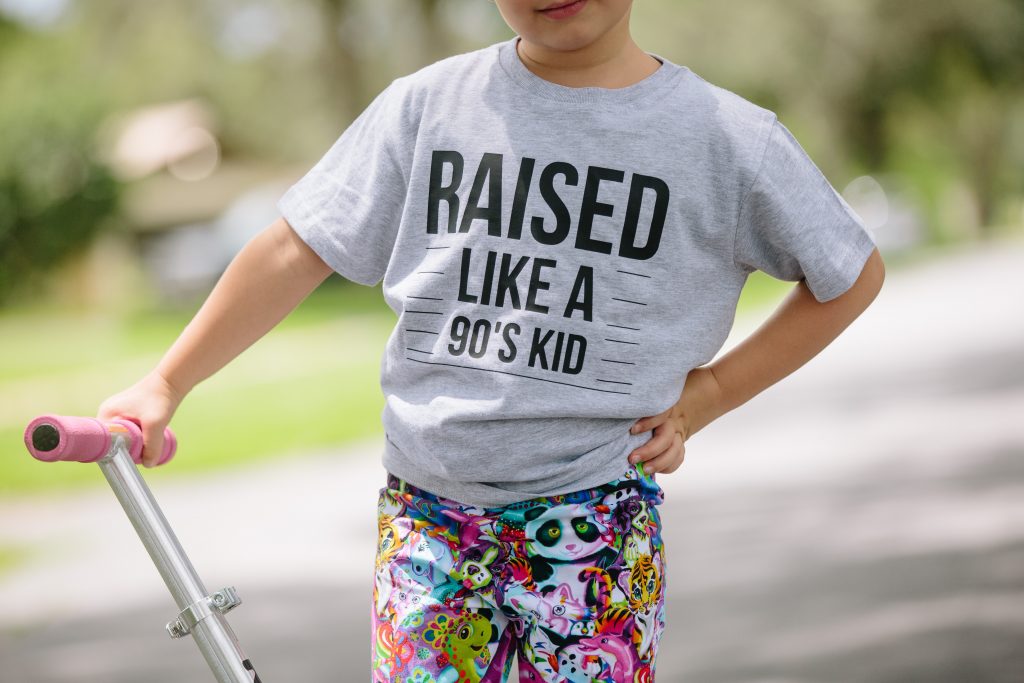 These awesome Leggings I scored from Trendy Twins – they were a special pre-order placed back in April and I’m not sure if she’ll have more – but check them out!

Also – this is a photo of my children trolling me during photo shoots now. “You bore me mother”. 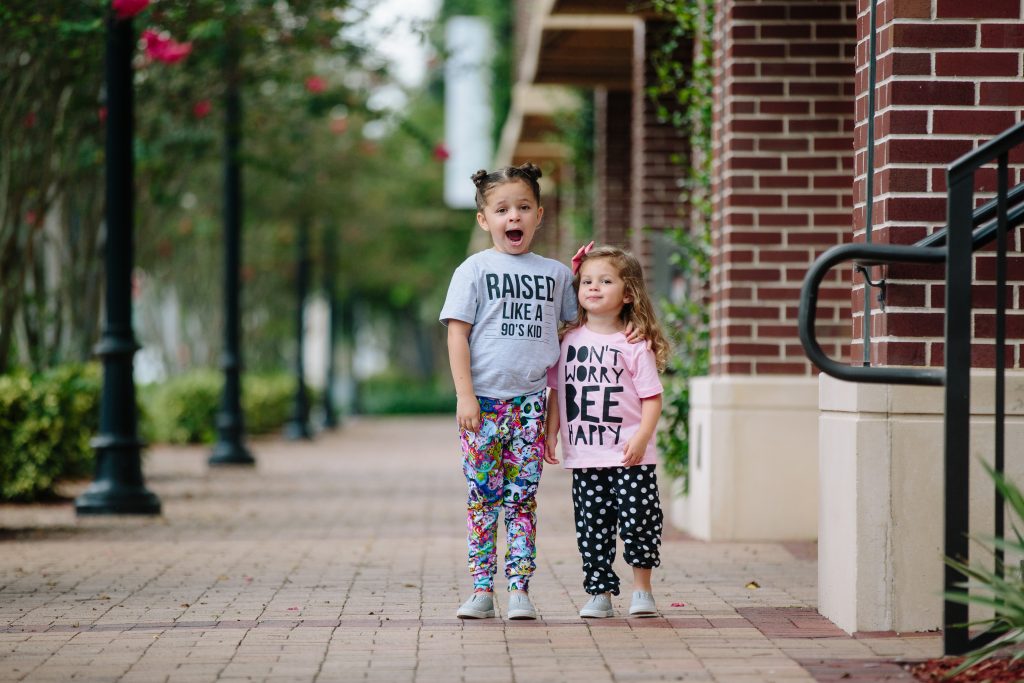 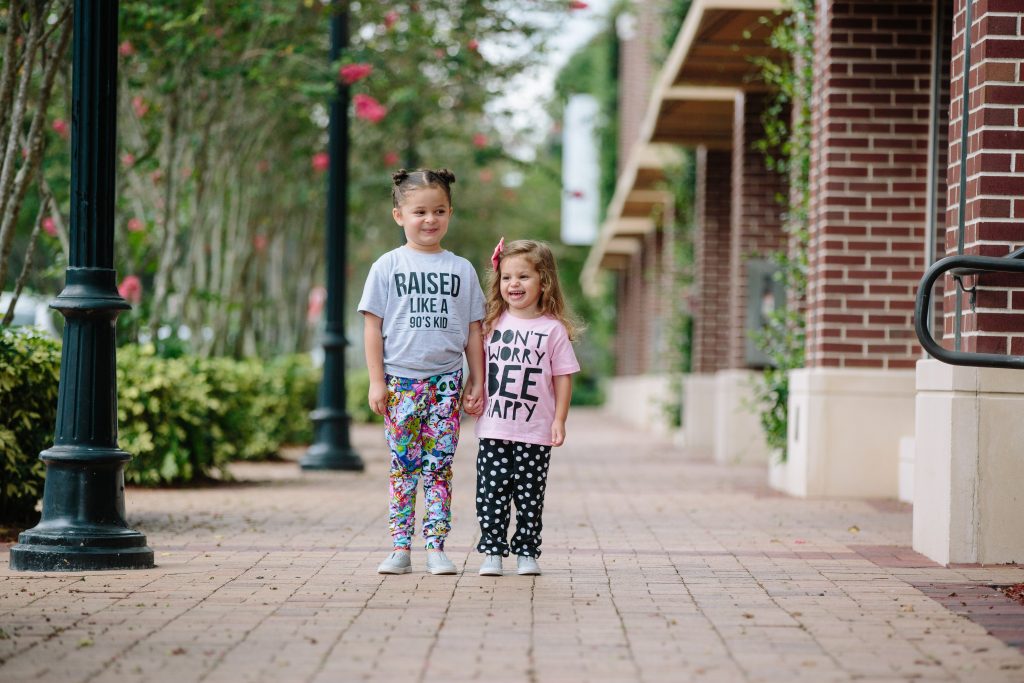 Until I tell them to be silly animals and they immediately think I’m hysterical again.

Mimi’s shirt I LOVE because it reminds me of the scene in Aladdin when Genie tells him to “Beeeeee himself” – don’t mind me more 90s things. 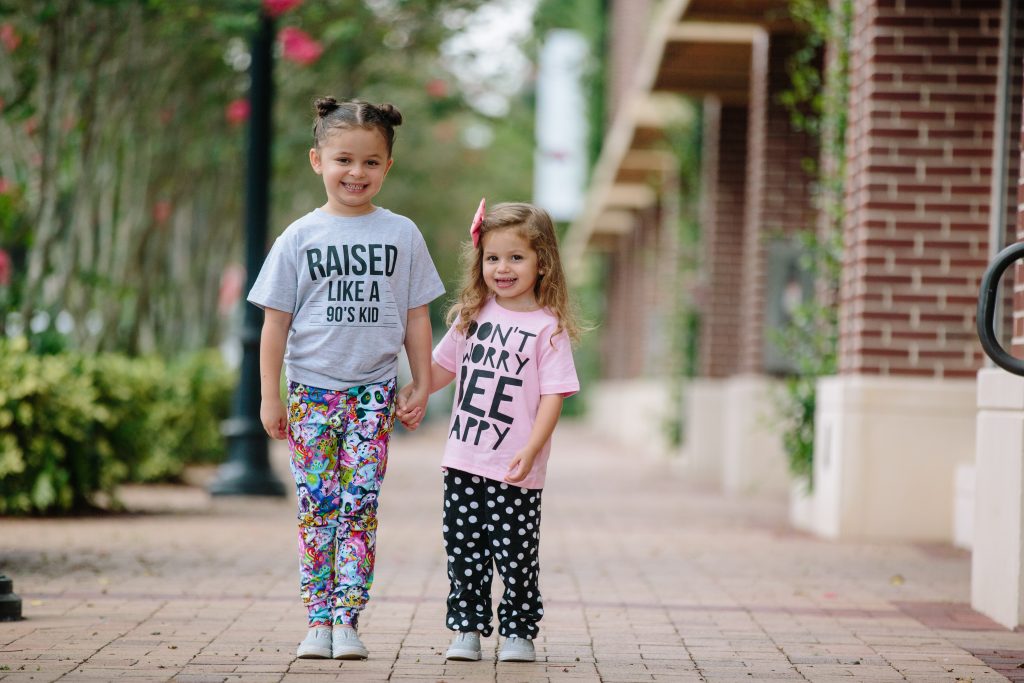 You can find the “Bee Happy” shirt here – and get 15% off your total order with the code FRIENDS15 and mentioning this blog in the checkout comments! 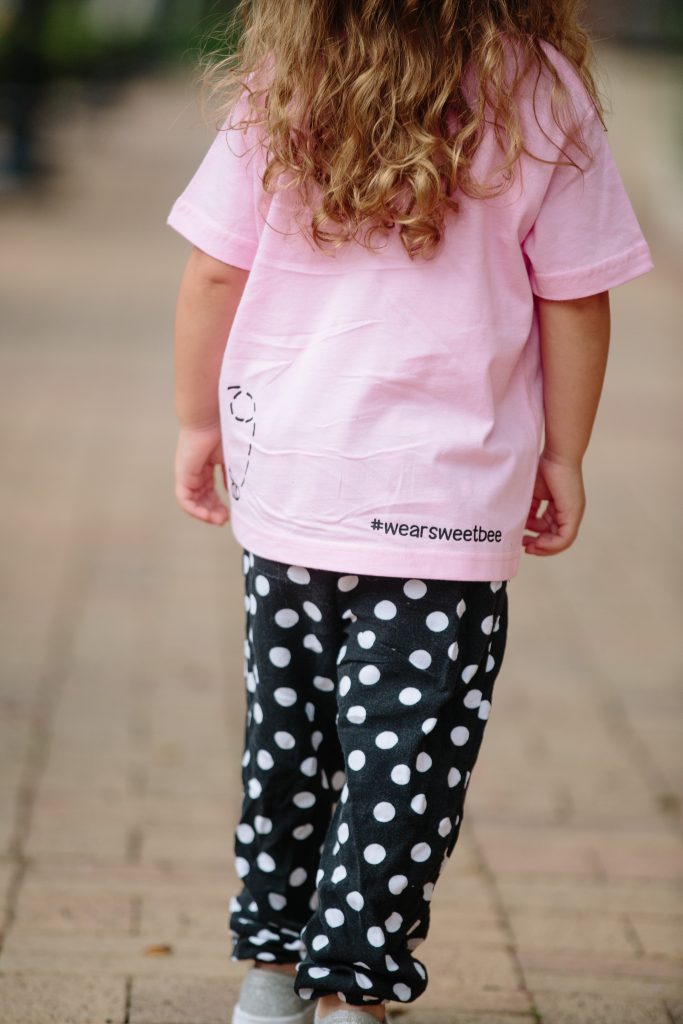 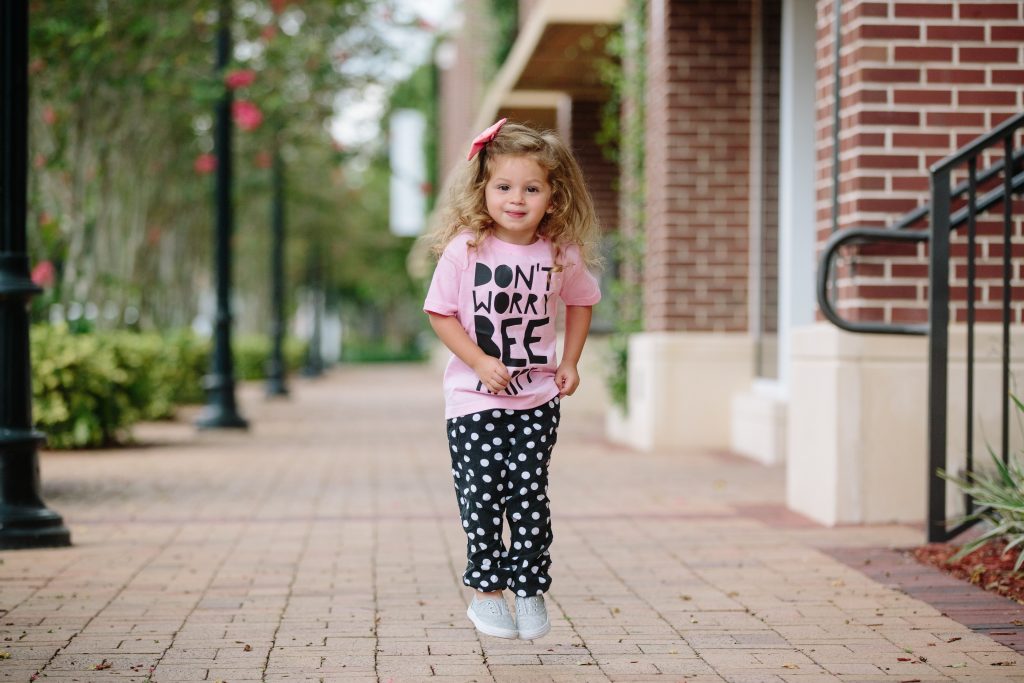 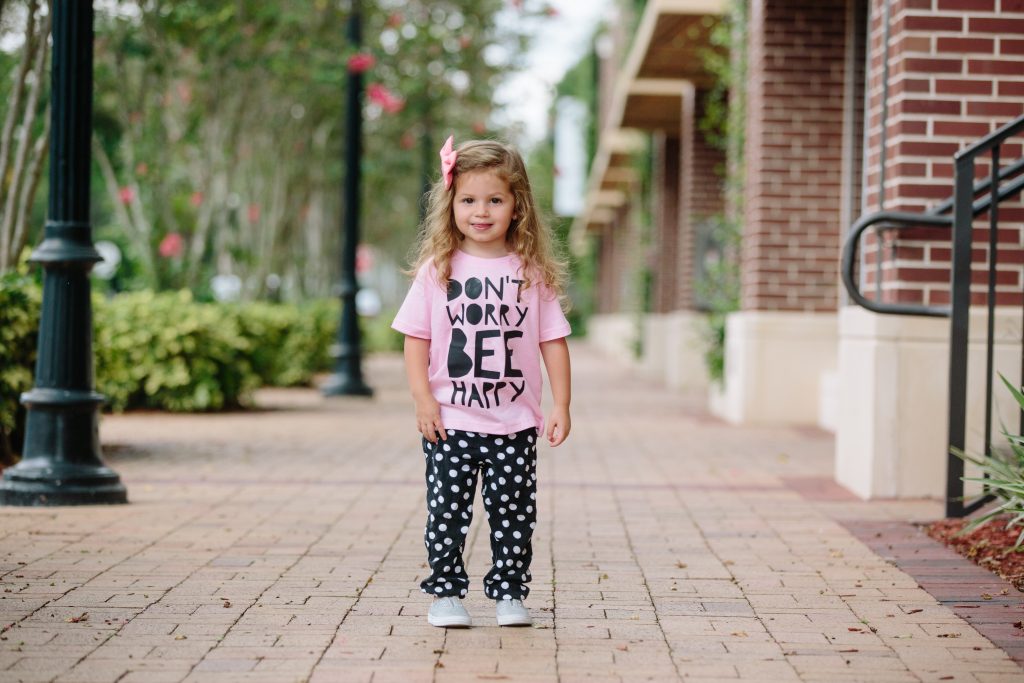 Have a fun tip, trick, or memory you'd like to share? Leave us a comment below!
« Road Trip Video [Part One] – Savannah + Gatlinburg
Mimi’s 3rd Bday & The Shiny Slime Party »